Within a delay of 4 years, corresponding to an Executive Board mandate, ARWA will promote 16 interdisciplinary workshops, at different venues, each one during 2,5 days, with 30 participants, open to attendees, for a budget at the charge of the venue Organizers.

The workshops will respect standard procedures.
The papers will follow a common format, elaborated collectively by the Executive Board and the Liaison Group members.

They will be edited by the Organizers and published in the same Collection. 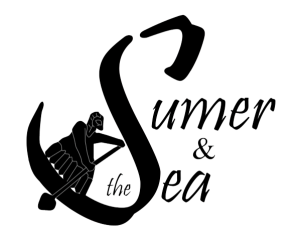 The Mesopotamian culture flourished on the banks of the Tigris and Euphrates Rivers, in a landscape that was impacted by several changes during the last 6000 years following the last post-glacial rise and stabilization of the sea-level. The ancient shoreline was located about 250-260 km inland from the present coastline and was formed by Tigris and Euphrates deltas. Inhabiting an area located near the 30th parallel north, inside the semi-arid zone, Sumerian society development was strongly connected to the exploitation of the fluvial systems, the sea, and the peculiar marsh environment created by them.

On the one hand, the natural occurrence of crevasse splays was surely at the basis of the first form of controlled irrigation and agriculture, while on the other, sea, rivers and channels were perfect trade routes through which Sumer was afforded access to a wide spectrum of resources. Nonetheless, 3rd mill. BC Southern Mesopotamian population had to cope with a fragile environment, strongly affected by complex natural processes, including floods, sea-level fluctuations and climatic changes occurring during the Holocene.

The Workshop “Sumer and the Sea: Deltas, Shoreline, and Urban Water Management in 3rd Millennium Mesopotamia” will focus on the interaction between Sumerians and their water-dominated environment. The new data, obtained through remote sensing and through geological coring, will allow us to discuss the evolution of the ancient shoreline, whose progradation during the centuries profoundly modified the landscape and affected the life of Southern Mesopotamian settlements. The presentation of the recent archaeological and geo-archaeological research in Southern Iraq, together with the coeval cuneiform sources, will enrich our historical perspectives on the way in which Sumerians adapted to the marshy environment, using and managing water outside and inside the cities. A special session of the workshop will be devoted to the presentation and analysis of the different research strategies and methods which are now currently being used. This will lead to a concluding discussion of the shared practical issues and challenges encountered by archaeo-geological work in Iraq. 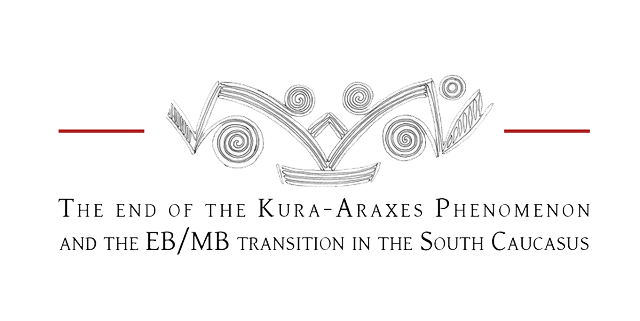 In the list of crucial issues associated with the study of the Kura-Araxes culture (3600/3500-2500 cal BC), the questions of its rise, expansion and fall are still the most compelling. The scope of this conference is to focus on this transitional phase between the demise of the Kura-Araxes culture and the beginning of the Middle Bronze Age, between about 2500 and 2000 cal BC.

Thus, the main objective of the conference is to present new data- archaeological materials and radiocarbon dates – that contribute to the establishment of the chronology of events that led to the collapse of the Kura-Araxes culture and the formation of a spectrum of Middle Bronze Age cultures.Within this framework, we propose to discuss questions of absolute chronology, cultural attribution and distinct local trajectories of the archaeological complexes of the South Caucasus in the second half of the 3rd millennium BC. All the possible scenarios that could explain settlement abandonment and mechanisms of cultural change will be scrutinize. 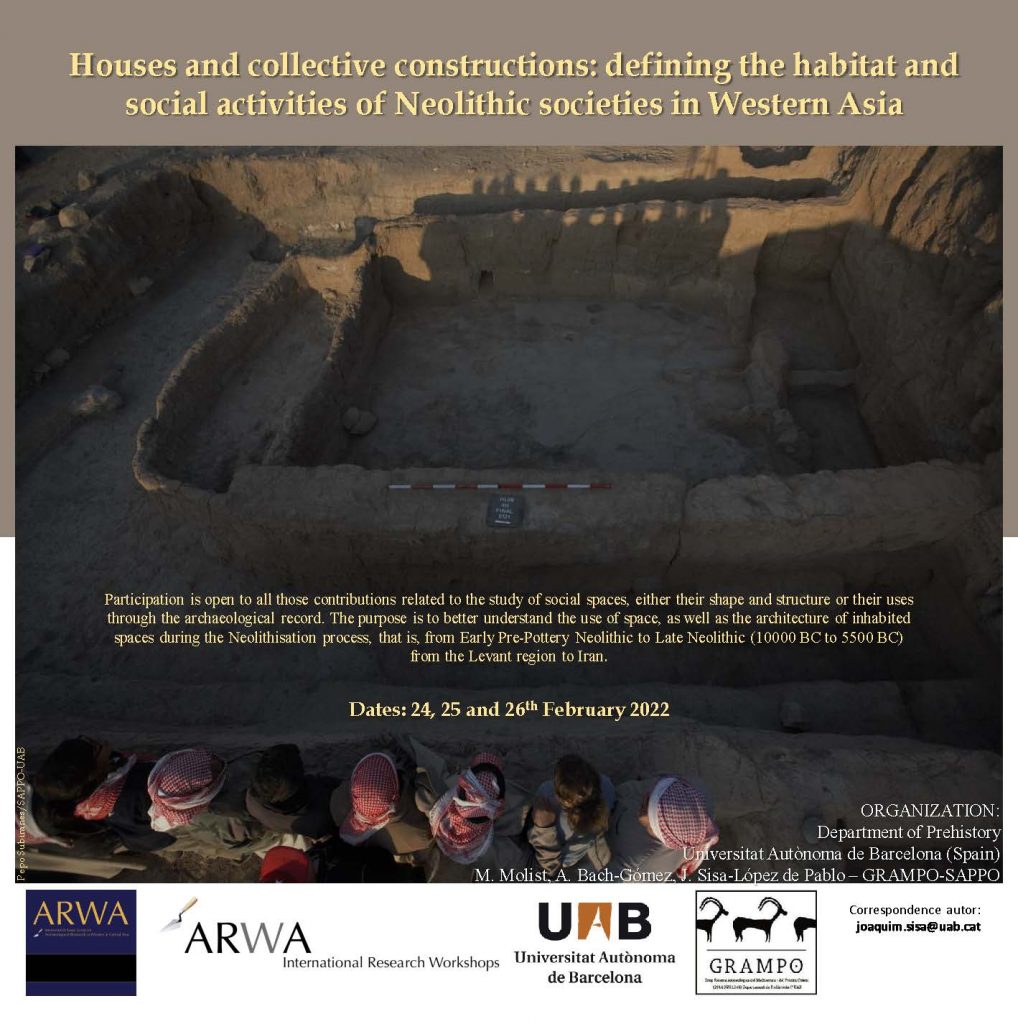 Houses and collective constructions: defining the habitat and social activities of Neolithic societies in Western Asia

Participation is open to all those contributions related to the study of social spaces, either their shape and structure or their uses through the archaeological record. The purpose is to better understand the use of space, as well as the architecture of inhabited spaces during the Neolithisation process, that is, from Early Pre-Pottery Neolithic to Late Neolithic (10000 BC to 5500 BC) from the Levant region to the Zagros.

4°) (28.02. – 06.03.2022) Workshop and training program in Environmental Archaeology, with online lectures in Archaeological Science and practical courses in Archaeobotany (macro-remains and micro-remains), and Physical Anthropology to be held in Gaziantep/Turkey. 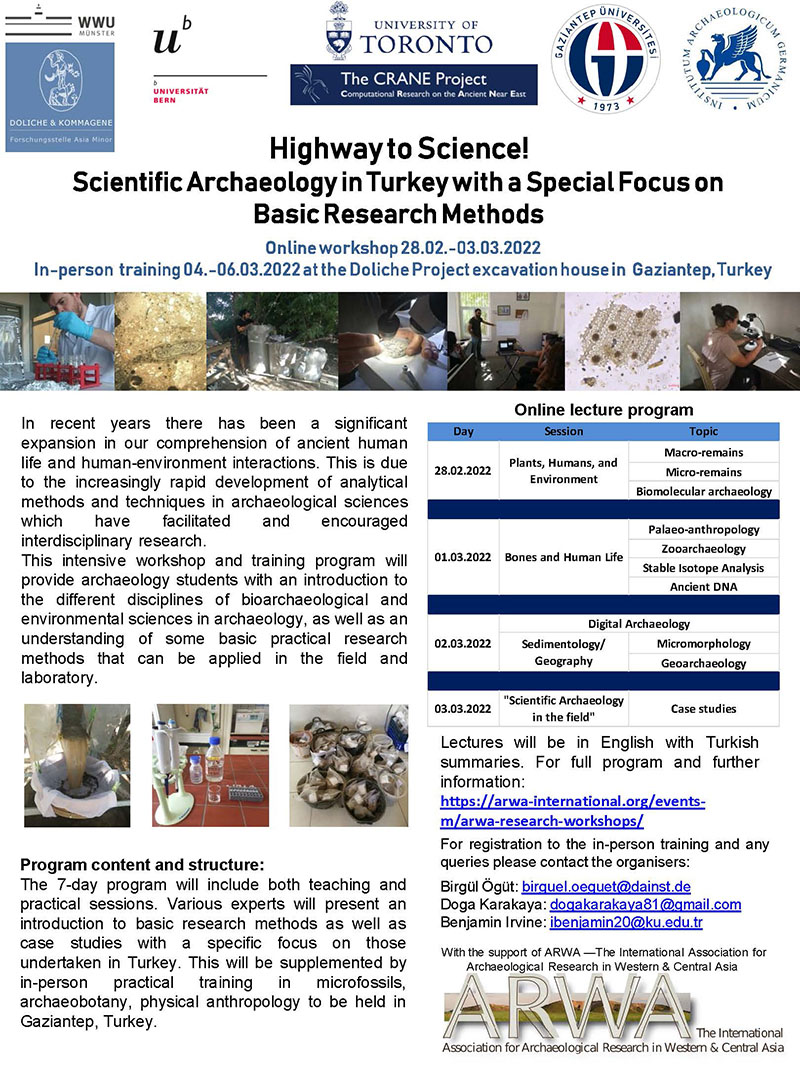 The course will provide students with an introductory comprehension about some of the key sub-disciplines of bioarchaeology and environmental sciences. This theoretical and methodological background will be supported by case studies and examples of how, where, and why different methods and techniques can be applied to answer archaeological research questions related to past human life and human-environment interactions in Anatolia. The practical training aspect will provide hands-on experience and knowledge transfer so that students can gain skills applicable to fieldwork and research projects.

Download the short summary text about the workshop (in three languages: English, Türkçe and Deutsch). 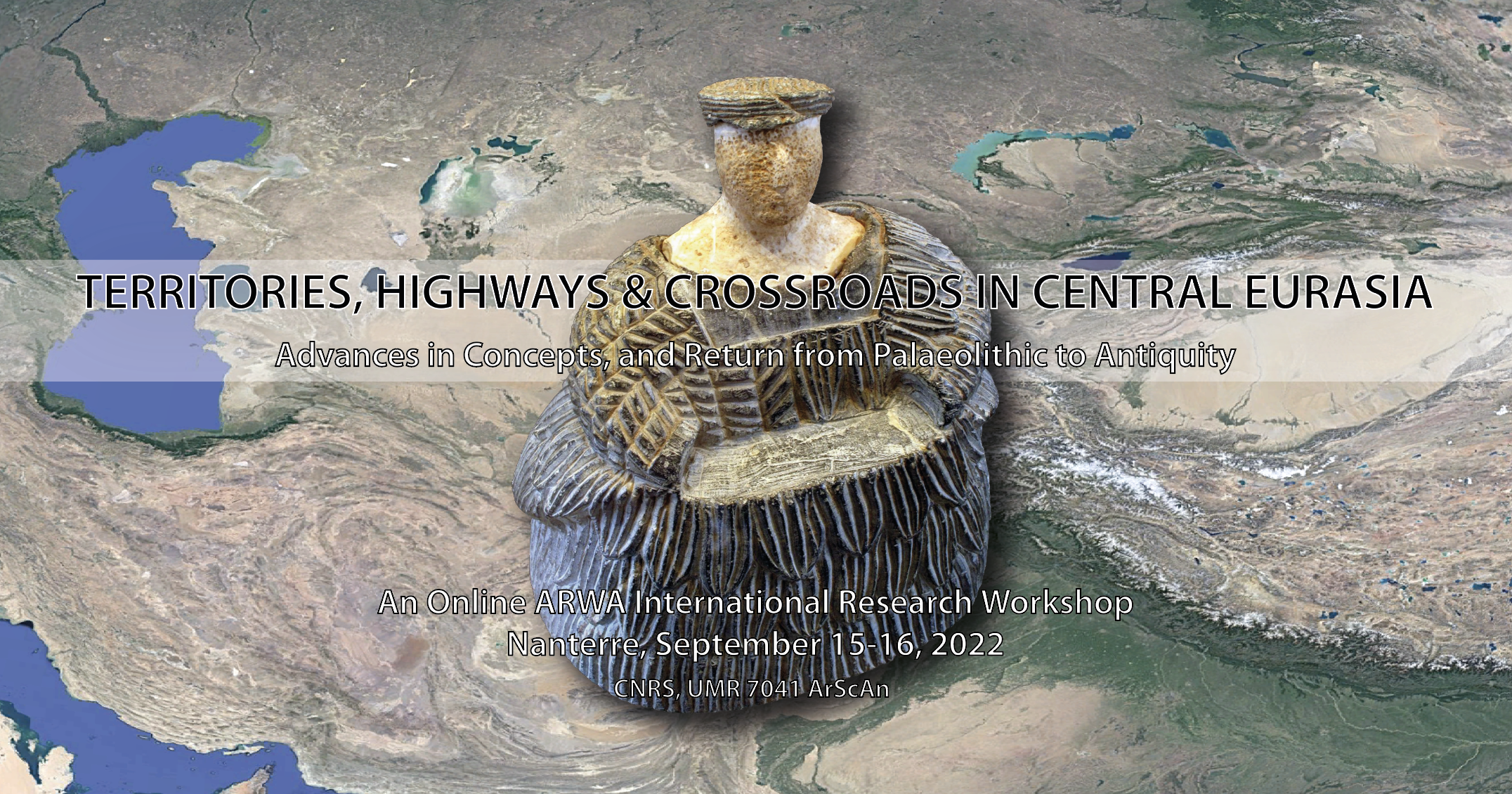 This International Research Workshop ARWA proposes, through recent archaeological research and new methodological insights, a critical and comprehensive exploration of the concepts of territories and crossroads, from Prehistory to Antiquity in Central Asia and neighbouring regions (Siberia, Xinjiang, Indus, Baluchistan, and Khorasan). Central Eurasia has lately attracted much attention in connection with recent scholarship, and new approaches, demonstrating the existence since the earliest times of very long-distance relationships and exchanges, of various cultural interactions, including migrations or invasions, long before the “Silk Roads” concept appeared. This is the place also of great Bronze and Iron Age civilizations both in steppe and oasis areas, and original human societies since prehistoric times displaying very specific cultural, economical, technical and social features. During Antiquity, this history continued, either as a part of vast foreign and powerful agrarian empires (Achaemenid, Hellenistic, Han and, in several regards, Parthian and Kushan), all characterized by their complexity and expansion, either as powerful nomadic tribal confederations (Saka or Xiongnu), antagonist/complementary to empires. Central Eurasia, thanks to its position at the heart of multiple exchanges roads, and through its connections to various landscapes, from the Northern steppes to the Southern fertile valleys, with vast deserts in its central part, and high corridors and passes in the Hindu Kush, Himalayan, Tianshan and Altay regions, challenges modern scholars by the large embrace it requires. Interdisciplinarity now requires a multilateral, longue durée perspective on material and sources, and a fresh pondering on concepts. Thus, this workshop aims to address new methodologies, techniques, data and results, and to discuss them in the light of a multi-disciplinary approach, highlighting that Central Eurasia is all through its history an open system, yet culturally unique. 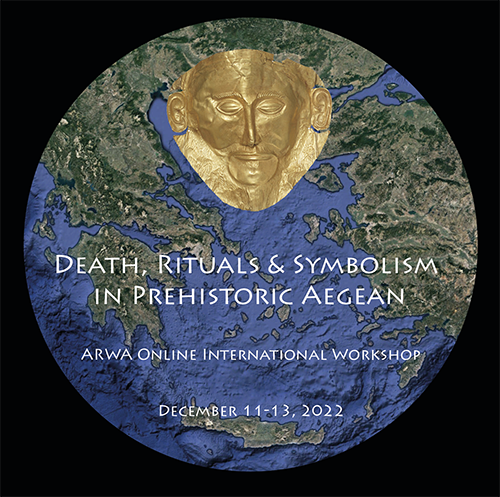 The study of material culture related with death, rituals and symbolism has always attracted a major interest of scholars who are studying past societies of the Prehistoric Aegean and beyond. The management of death echos after life beliefs that extend beyond the burial praxis, since they enable access into the cognitive field of humans. Burial customs allow the reconstruction of demographic, social, economic and political organization of ancient populations. The significance of mortuary data from the Prehistoric Aegean is immense, as some areas of this geographically fragmented region are mainly known from burials, i.e. the Early Bronze Age Cyclades and Crete. Funeral architecture and practices are indicators for social and political complexity, symbolism, cultural variability and interaction, whereas the interdisciplinary study of skeletal remains illuminate dietary habits, health, kinship, etc.

The increasing of mortuary data dating to the Neolithic and the Bronze Age around the Aegean, the emerging of new methodological approaches on relevant material excavated in the past century, and the application of new methodologies of the Computer and Natural Sciences on mortuary data seeks this call for an International Conference on Death, Rituals and Symbolism in Prehistoric Aegean, dedicated to the Memory of Hayat Erkanal. The conference will take place online between December 11th-13th2022. The official language of the conference will be English. The duration of oral presentations will be 15-20 minutes. The conference will be published as a peer-reviewed ARWA Volume by Brepols Publishers.

Scholars interested are kindly requested to send the title of their contribution, a summary of 200-300 words, and their affiliation by June 30th to Vasıf Şahoğlu and Ourania Kouka deathconference2022@gmail.com

Suggested themes of the conference: